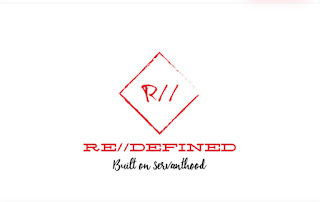 In late August, Louisiana was devastated by Hurricane Laura and then, just 6 weeks later, Hurricane Delta slammed the southwestern coast again and made its path through Central Louisiana.
Hundreds of organizations across Louisiana sprung in to action to provide relief efforts to the tens of thousands Louisianans affected by the storm.
Re//DEFINED partnered with St. Paul Baptist Church in Kinder, LA to aid with procuring food, clothing, and other resources for residents of southwest Louisiana and southeastern Texas. "Pastor Talbert, who I also serve along side [in the military] showed us the initial damage caused by Hurricane Laura. Hundreds of homes and businesses were destroyed and thousands of residents were displaced. Many are still recovering ahead of this holiday season," stated Chairman Curtis, "This great Re//DEFINED team quickly approved all necessary actions to send relief. I am grateful for the SERVANTHOOD role we play."
Locally, Re//DEFINED was able to distribute hygiene products, clothing, shoes, and other items to more than 300 individuals who were affected by Hurricane Laura and Delta in addition to assisting businesses and other organizations with city and parish wide feedings. "To see such a beautiful, unified, and in sync effort to take care each other was warming. It did not matter your political affiliation, zip code, or belief; the only thing that mattered was those in need".
As a result of Re//DEFINED's relief operations, The Rapides Foundation awarded Re//DEFINED a reimbursement grant for expenditures associated with providing recovery relief in response to Hurricanes Laura and Delta.
Funds from the reimbursement grant will be utilize to purchase inventory and to establish an emergency response section for its community pantry, The Re//DEFINED Exchange.
The Re//DEFINED Exchange is a community pantry that provides basic necessities to individuals and  families at no costs. The Exchange has served 1,089 individuals to date.
Re//DEFINED is social enterprise that starts up and invests in community development and educational ventures.
Media contact: info@redefinedops.co
https://www.msn.com/en-us/news/us/nonprofits-caring-for-other-nonprofits/ar-BB1aPfGu?fbclid=IwAR2WOhDlwFdAkB6M1wL0cnX4PPhJgAJwA0lUQJNhlltcva7hrSPgFj2IzM8

Popular posts from this blog

Chairman Named to Fostering Community Board of Directors

Re//DEFINED's Accepting Applications for FY21 Board of Directors

Re//DEFINED: We are Built on SERVANTHOOD

INTERESTED IN JOINING OUR TEAM? RE//DEFINED IS NOW HIRING!

Re//DEFINED is a social enterprise that starts up and invests in community development and educational ventures.

Re//DEFINED
Re//DEFINED is a social enterprise that starts up and invests in community development and educational ventures. Re//DEFINED engages in strategic partnerships and co-op opportunities to procure resources to invests in underserved communities.